As long as there have been video games, there have been video game sequels. OK, technically not "as long" but you get the point. If a game was successful a sequel was almost guaranteed to follow. From the early days of Ms. Pac Man and Donkey Kong Jr. we were conditioned to think that these sequels should be superior to the original. The fond memories of these great follow-ups often causes us to forget the ones that didn't measure up.

When developing a sequel there are three paths developers can take:

Although the Genesis ranks among my favorite systems, it often failed to deliver in the sequel department. Developers in the early to mid 90s managed to figure out a "worst of breed" hybrid of these possible approaches. Like how the El Camino combines the worst features of a car and truck into a single monstrous vehicle. Somehow they managed to strip away the best qualities of the original and replace them with new, ill-conceived ideas. Sure, there were some outstanding sequels on the Genesis.. but there were also 10 that stand out as pale comparisons to their predecessor.

Look, I'm obviously a huge fan of Phantasy Star III. I run the most comprehensive site about the game and even wrote a ROM editor for it. It's one of my absolute favorite games.. behind Phantasy Star II. No matter how much I enjoy Phantasy Star III, I'm forced to admit that it falls short of the previous installment in the series. Phantasy Star III is often criticized for the lack of character development, but Phantasy Star II was only slightly better in that regard. Nope, that's not why it loses out to its prequel..

To me, it primarily falls short in the enemy department. I've never cared for the baddies in Phantasy Star III, they range from comical to lame. OK, a few cool ones here and there but by in large it's a huge step back from Phantasy Star II (and the original Phantasy Star for that matter). The detail and animation found in Phantasy Star II were lost until part VI rolled around. The awe-inspiring foes replaced with a stony face that wiggles it's ears at you, or a legless titan flexing his pectorals. I didn't mind the loss of animated character attacks, made the battles significantly faster, but I never got over how badly the monsters were downgraded.

The original Outrun possessed two qualities that put it above other racers of the era: 1) Outstanding soundtrack 2) Ability to choose a path through the game.

Turbo Outrun has neither of these. Instead it decided to add "realism" by having you drive through actual U.S. cities... or places named after U.S. cities that bear no resemblance to the location.

You can complain that Jeopardy is too difficult. At least there are multiple categories, you're bound to know one or two of them. This particular installment is strictly for the hardcore sports nerds out there. The ones shouting at their radio every time a broadcaster misquotes a statistic, the ones planning their fantasy baseball league in January. Casual fans will find this game largely unappealing.

The input system makes you glad Kabeer Gbaja-Biamila wasn't playing in the early 1990s. It's very unforgiving of typos which is especially bad when 90% of the answers involve spelling someone's full name. Yeah, this is a carryover from the original but reminds players why Jeopardy doesn't translate to video game consoles well.

I'll give Shadow Dancer some props, visually it's an improvement over Revenge of Shinobi (which is a huge compliment). In every other category it comes up short. It returned to the play style of the original arcade version of Shinobi, this was a step backwards. It replaced the magic system with some dog-based attack reminiscent of Samurai Shodown. It was lame in Samurai Shodown and it's lame here too.

This is the first game on the list I'd call "bad". Numbers 10-7 failed to live up to the previous installment in the series, but were still enjoyable. We now enter the realm of games you'll want to avoid.

No one will argue that the original Barkley Shut Up and Jam was great, not sure anyone would argue it was even good. Come to think of it, are any of these "street" sports games any good? Back in the 80s and 90s Electronic Arts didn't own an exclusive license to every professional sports league. Even mediocre publishers could acquire rights to create a "real" sports game. Novelty, or "street", sports games were largely reserved for the D-list. Barkley Shut Up and Jam was an early attempt at a "street" game. Take some borderline-racist caricatures and have them play 2-on-2 basketball. The second installment in this series took it even further than the original, crossing over to truly farcical. This game couldn't exist with today's hyper-sensitive political correctness. If Don Imus tried to describe the players in Barkley Shut Up and Jam 2 he'd be banned from radio once again.

Mercifully, this game never made it past the prototype phase.

I know there's a contingency that love the Valis games. I can't get the appeal. Is it based off a popular anime series or something? All I know is I'm controlling a heroine wearing f-me boots and a diaper. The original Valis was pretty bad too, at least the city backgrounds looked semi-cool. Valis 3 (was there a Valis 2 BTW?) goes for a darker look that's more bland. Throw in some stiff controls, plus a zany plot, and you have yourself a miserable game all around.

If you want to know why the 32X failed here's your answer. Did Sega for a second even consider that a great Sonic the Hedgehog game could have turned the 32X into a success story? Sonic CD was a smash hit by Sega CD standards. The Saturn wasn't getting a 2D Sonic game, fans of the series just might have kept the Genesis/32X combo around if Sega gave them a reason.

Nope. Instead we have a sequel to Sonic & Knuckles (although some would call it a "spin-off") that utilizes an indescribably annoying tether system where you control two characters at once. It takes frustrating game control to a whole new level. You spend at least half your time trying to get the characters unstuck when then end-up on separate platforms. I'll always salute great innovations in video games, but whoever "innovated" the tether should never be allowed near a design session again. It sucks all the fun out of the game, leaving you to look at the graphics and wonder what could have been.

I debated about including this one.. it's a Genesis game but it's a sequel to a Sega Master System game. That puts it in the "iffy" category. It's also substantially better than some of the previous Alex Kidd installments, High-Tech world pops into mind immediately. However, when compared to Alex Kidd in Miracle World this is a complete flop. So is it a "good" sequel because it was better than one prequel, or "bad" because it was worse than another? Do I even count it because it's spanning multiple platforms? Who really cares, this game blows.

This was the game that inspired this list. I firmly believe that the Sega Genesis had the strongest launch titles of any system, Golden Axe was a significant contributor to this. If there's one thing a sequel should do, it's look better than the original, there's just no excuse here. Hell, take the original program and touch it up a little. EA's been doing that for 15 years with Madden now. To use the exact same game engine but somehow reduce the graphical detail is just baffling.

There are so many things to despise about Splatterhouse 3. The original game was unique and fun. Not "great" but good enough to push a few TurboGrafx-16 systems. Splatterhouse 2, which appeared on the Genesis, followed the formula and was decent enough. Splatterhouse 3 decided to go a step farther and was a disaster.

It added a plot with cut-scenes scattered throughout the game. That would be fine if the dialog was even remotely intelligible. I think we have the rare combination of extremely poor writing and extremely bad translation going on here. Like using Babelfish to translate 9/11 conspiracy theories.

The game's difficulty is astounding, nearly impossible. See the timer that's highlighted in the bottom screenshot, it's at 00:06, as in "six seconds left before your girlfriend dies". I'm about halfway through the level at this point. Maybe I suck at Splatterhouse 3, maybe I chose the wrong door or took a bad route, maybe the game is a total abomination, I'm open to all possibilities.

Double Dragon III for the NES has been tarred and feathered on the internet, the Genesis version ain't much better. The thing is, it's a masterpiece compared to Double Dragon V. At least it basically looked and played like a Double Dragon game. Double Dragon V is a horrible 1-on-1 fighter that plays like a Time Killers knock-off (which itself is a semi Mortal Kombat knock-off). I'm no Double Dragon expert but who are these characters anyway? Except for Billy and Jimmy, I can't see a single connection to the original series. I'm sure some uber-nerd will send me a scathing email explaining that they're from the Double Dragon manga or something else I don't care about. If that's the case then 1% of gamers will have a clue what's going on. For the rest of us, this game is a waste of energy. 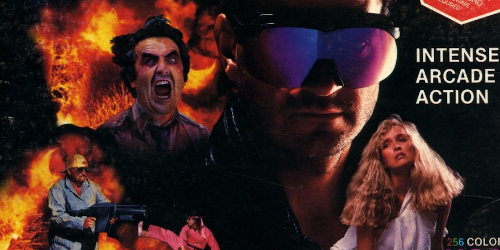 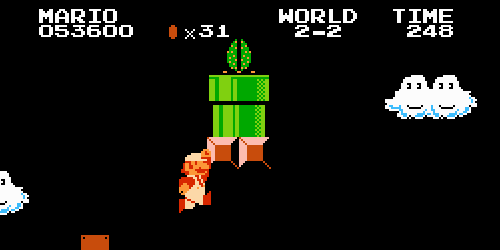 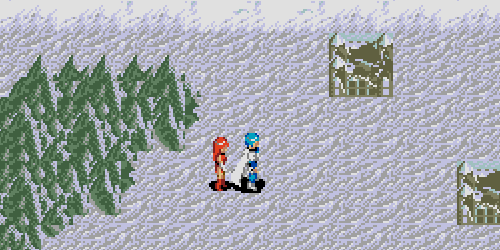