The Midwest Gaming Classic 2004 was held up at the Brookfield Sheridan in Milwaukee on May 22 & 23. I've wanted to go to a show like this for a while but this was the first one that was within driving distance. I couldn't stay too long because I already had a busy weekend planned; but I did see everything I wanted to. Overall it was a great experience; I saw a lot of vintage systems I never had before and spent a lot of time browsing through the vendor section.

Below is a recap of what I found most interesting there. I forgot to bring my good digital camera so these pictures aren't great, better than nothing though.

There were a ton of Atari 2600/5200 displays at the show. Atari products in general seemed to dominate the event. They had one room filled primarily with homebrews and other rare Atari items; another room dedicated to the Jaguar & Lynx.

AtariAge had a couple of these kiosks set up to play Atari 5200 homebrews. This one was for a game called Castle Crisis which is a tribute to the game Warlords.

This was the best homebrew I saw, maybe the coolest thing I saw all day. It's called Adventure II and as the name implies it's a sequel to my favorite 2600 game Adventure. The graphics are obviously an improvement, but the gameplay manages to stay true to the original. There was a version of this game included in the Atari Flashback 2 system but the real thing is set to be available in December 2005.

I'm always surprised to see how many Atari 2600/5200 homebrews there are. I imagine it takes a lot of work & dedication for a single programmer to produce one. I would personally love to program a homebrew game for a classic console. However, I have no desire to learn 6502 assembler. Guess I'll have to wait for someone to port the Java Runtime Environment to the Atari 2600.

The main reason I went to the MGC 2004 was for the vendors. I wasn't looking for anything specific, just some good deals that would expand my collection. I was also curious to see what people were selling. I wasn't disappointed by the selection there at all. Vendors were selling basically every American system from 1982-1998 and more games than you could count. A couple of things surprised me here. First off, I couldn't believe how many SNES games were being sold. Every vendor seemed to have hundreds of them. I like the SNES and all but I thought it was too much. The other surprise was how many sealed Atari 2600/7800 games were for sale. One table literally had a four foot tall stack. They were cheap, but I already had them all :)

I have only one complaint about the vendor area.. the size. It was way too cramped in there making it a bit difficult to move and browse around. I hope they have more floor space for vendors next year...

I wasn't able to take many pictures because it was so tightly packed in here. I snapped one of this table because they had some interesting Japanese import toys. They were a bit too pricey for me though. They wanted over $50 for a bag of Wind Waker miniatures that looked like they came out of the Japanese equivalent of a Happy Meal.

The Atari 5200 is supposedly a rare system but almost every vendor there had a couple for sale. This particular vendor had these giant Atari 5200 trackballs for sale too. With the possible exception of the Activator, this is the worst game controller I have ever seen. I almost bought it based on that fact alone but couldn't bring myself to.


I only picked up a few things because I didn't want to blow a lot of cash here:

There was a fairly large room set up called the "museum". It had tables lining the walls with every system you can name stacked up on them. This room was just great. I saw numerous systems I've never seen before, even a few I never even heard of.

That yellow Odyssey is the color of my first car. Anyway, that's one of the many Pong clones that was available in 1976. These go for about $10 on eBay now so maybe I'll pick one up for my collection.

Of the systems I don't own, the Super Grafx is the one I'd most like to have. Yeah, I know they only made six games it and they're almost all shooters (which I'm no good at anyway). Off the top of my head, I can't think of a cartridge based system with fewer games. For some reason that makes it more appealing to me. Not $200 on eBay appealing though. I guess I'll just have to settle for MagicEngine until I find one at a reasonable price.

Vectrex might be number two on the "list of systems I don't own but wish I did". This exhibit had them for sale from $75 to $150 depending on the condition. That's a bit more than I'd be willing to pay for one.

This was a little gizmo that allowed you to play 8-bit NES games on the SNES. Neat, but I'd rather play them on an actual NES. This exhibit room was a mildly unpleasant experience. Stereotypes exist for a reason I guess.. in this room there were a couple of guys who lived up to the stereotype about gamers practicing poor grooming and hygiene. To put it less diplomatically, they stank like armpit from a good four feet away. C'mon guys, you make us all look bad.

The arcade was mildly disappointing. There were maybe ten games there in all. The most noteworthy thing is that Billy Mitchell was hanging out there. I didn't talk to him because well, what am I going to say? "So like, if you're able to concentrate on Pac Man for six hours straight how come you didn't become a surgeon? No really, I hear all the time about surgeries that last hours and hours and I wonder how you can stay that focused on something for so long without taking a break. You can obviously do that so why not put your skills to open-heart surgery or something?"

When I was a kid I used to take swimming lessons at the Lock Haven YMCA over summer break. While I was waiting to get picked up I'd hang out in the crappy game room. Kangaroo was one of the roughly two games they had there (I think Donkey Kong Jr. was the other). I recall playing it a couple of times and not being particularly good at it. Times haven't changed, I'm still bad at this game. Only now I understand why. The control for Kangaroo is just awful, sorry to any fans of the game out there. It's a classic and a reminder of my much, much younger days and I can appreciate it on that level. However, as video games go it's really not that good. 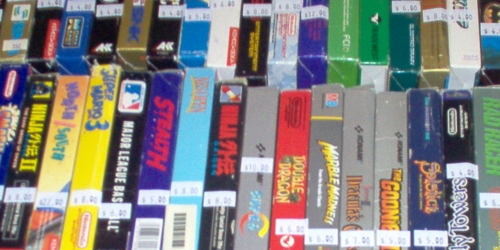 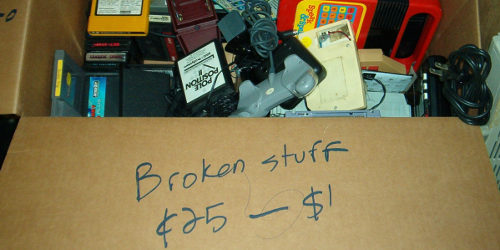 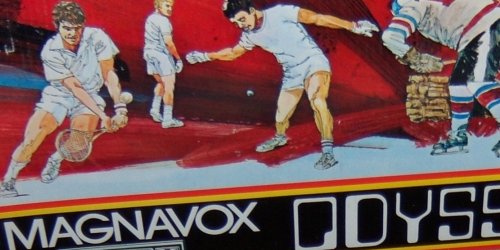