Part of the lifecycle for any game console is its inevitable retirement. Systems are often outright cancelled, but many are also phased-out in favor of a replacement system. Competition drives the hardware manufacturers to create a newer, better system every few years. The replacement system may play the old games but it also has its own library of new titles. So something like the Intellivision II wouldn't count as a replacement system since it played the exact same library, there were no games that played on an Intellivision II but not the original. The Dreamcast also wouldn't count since it was launched after the Saturn was already discontinued.

At first, Nintendo wasn't especially good at replacing systems either. The NES held on for over three years after the Super Nintendo launched.

By 1996, Nintendo adopted a more aggressive strategy and the SNES was dropped in half that time.

That was nothing though compared to their next two consoles which they managed to kill in under a year each.

The Wii though was much harder for Nintendo to kill off. Thanks to annual Just Dance games the Wii, and its first successor the Wii U, lasted quite a while. The Wii U and Atari 5200 form an exclusive club of replacement systems that didn't outlast the system they were trying to replace.

I don't meant to dunk on the Wii U even more, it is a system I thoroughly enjoyed. I have to note though that the Wii's "life after replacement" was longer than the entire lifespan of the Wii U itself. There are several successful systems that the Wii outlasted after it was replaced. More on this later...

Despite the Game Boy's long lifespan, it didn't stick around after the Game Boy Color was available.

The next two handhelds had a different fate, they lasted for quite a while after their respective replacements were launched. In the case of the Game Boy Advance and DS, Nintendo claimed for some time that the DS was not a replacement for the Game Boy Advance. I don't think anyone bought that story but it has some credibility as they supported both for three years. I think they're giving the same line about the Switch not being a replacement for the 3DS too but we all know better.

Nintendo's former rival kept their first US console going for two years after its replacement was out. The Sega Master System was briefly marketed as a cheap alternative system which may have accounted for it surviving that long. Of course if I ever do an international version of this article the Sega Master System would be one of the longest lasting systems on it.

The Sega Saturn was technically the replacement for three systems, two of them collapsed immediately. The Genesis would be available for several years though with new consoles and games being produced well after the Saturn launch.

The Sony PlayStation was the clear winner of its generation, and like the NES, it had a respectable run after its replacement came out.

The Xbox one is a bit deceptive. The last game for the system, Madden 09, came out after a year-long gap in releases. The Xbox 360's story is roughly the same as the PlayStation 3.

Last up, let's take a peek at the PlayStation Portable. Of all the also-rans to Nintendo's handhelds it was the only to receive a successor system. Yes, I know about the Neo Geo Pocket Color but the Neo Geo Pocket never had a US release so there's nothing to compare. The PSP had a slow trickle of releases after the Vita launched, mostly thanks to localizations of niche games. The Vita is enjoyed a long lifespan due to this as well.

It's no big surprise that this chart overlaps pretty well with "number of units sold". It's not like everyone who owns a PlayStation X runs out to buy a PlayStation X+1 at launch. Publishers know this and will continue to release relatively low-effort annual update games until just a few hold-outs remain. The Wii has a chance of breaking the 6 year mark I think due to a second life as a system for "the kid's TV".

One interesting thing about this picture is how modern systems seem to outlive older ones. I think there are two factors: 1) It's far cheaper to mass produce games on CD or for download than on cartridge. 2) Gaming is more mainstream today so even the 3rd place systems in the 2010s drastically outsold systems in the 1990s.

Now for one last diagram that I hinted at before... Here are some systems that lived longer in death than many with strong fan-bases.

The Wii survived in zombie mode for longer than the entire lifespan of several Nintendo systems. It's way too early to say right now but the Switch has a lot of the same potential. It's not hard to imagine Just Dance 2030 being a late Switch release.

<- Back to Main Article 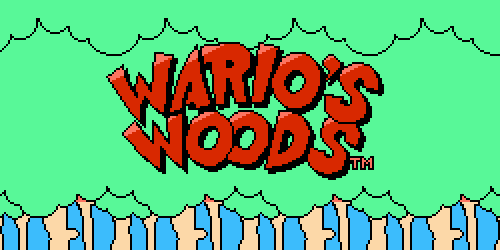