My utterly insignificant site vs. cuil.com

I truly hate media hype, the more something is ballyhooed the funnier it is when it falls flat. Back in 2008 a new search engine launched called cuil.com that illustrated vapid media hype, at least in the tech world. A quick peek at the Google news archive reveals hundreds of articles that summer proclaiming it to be a "Google killer" and generally the greatest thing to happen to the internet since the last greatest thing to happen to the internet.

The reviews glowed at how it was led by an ex-Google something, how it indexed way more pages than Google (which didn't really sound like a good thing at the time either), and how it had some superior search algorithm or whatever. This site with the faux-Celtic name was going to change the world.

Just slightly over two years later it quietly died. Very few of the sites that were so eager for it to launch made even the slightest mention of its demise. I could only find 5 articles written about it but I figure more will trickle out over time. One of these initial 5 mentioned that it consistently hovered below 200,000 visitors per month.

Statistics for cuil.com are available from somebody called Compete (https://siteanalytics.compete.com/cuil.com/) that measures this kind of stuff. For my site I have Webalizer logs* running which contain all kinds of handy metrics about visitors. I don't have $33 million in initial funding so I'm limited to a web host that only saves 11 months of data.

Here's a boring graph for people that prefer pictures:

Well, there it is. All their millions of dollars and expert minds couldn't compete against my $6 a month hosting plan and the 5-10 hours a week I spend on random projects that usually end up here in some form.

This isn't one big knock on cuil.com. Lots of extremely smart, dedicated people start companies that bomb. For their sake I hope they were smart enough to pay themselves huge salaries along the way. I think I'm trying to comment on how fickle the media is. They'll spin a story one way then act like it never happened when they are proven wrong. Just like how you'll never read that during the H1N1 panic twice as many Americans died from household falls than did from that over-hyped virus**. Old people falling in the bathtub is boring. Diseases with names that sound like something from the Dark Ages, now that's news.

Will you ever see a single tech news site run a headline saying "Wow, we totally missed the boat with that cuil thing, sorry for wasting your time". No. The media as a whole is very good at making a big deal out of nothing, keep that in mind whenever the next Google or Microsoft "killer" is anointed.

Oh, and the other lesson - more people want to look at pictures of old video games than try a new search engine.

* - I stopped collecting stats for this site after writing this. Mostly because this little exercise caused me to realize how pointless it was.

** - Sometime in 2020 I remembered this statement and now hope nobody assumes I'm a crazy COVID-19 truther. The panic over H1N1 likely led many to think that COVID-19 was also over-hyped. I am not one of those people. By all credible accounts COVID-19 is significantly more dangerous than H1N1. Please don't be an idiot about it. 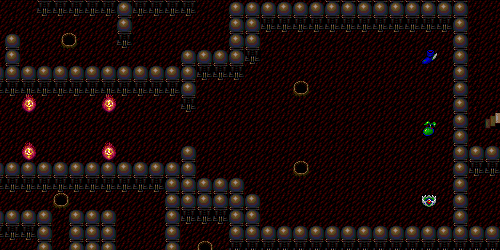 Fine, I guess I'll make Dungeon Explorer maps since no one else will 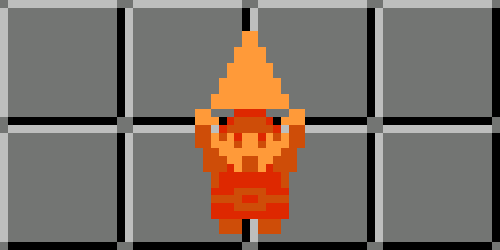