Updated a couple random times after that

Earlier this year we took our two kids to Disney World for a week. Like everyone else, we poked around the internets for a few weeks to find tips and such to make the most of our time there. OK, my wife did 99.9% of the planning and I just quietly nodded (kinda like for our wedding).


About 2 hours into the trip I wished I took just an ounce of interest in it:


Me: Alright so where can I can get a beer around here?


My wife: I don't think they sell beer here.


Me: What are you talking about?


My wife: It's Disney World, they don't sell beer.

We spent two painfully sober days at the Magic Kingdom. On the third we visited Animal Kingdom where I spotted someone holding what appeared to be a cheap domestic beer. They walked by so quickly I couldn't tell for sure, maybe it was a mirage? After some searching I finally located the source of the hoppy goodness.

Then again, it wouldn't have done me any good to search on this beforehand. For all the Disney trip guides not a single one touches on the best way to get intoxicated there. Guess what, you should bring sunscreen to Orlando. I was going to bring my parka but now that you tell me it's hot in Florida I guess I won't. Oh what's this, something called a "hurricane season"? I've never heard of that before, why doesn't the news go into a panic over stuff like that? Packed with great insight like this I can see how it's easy to overlook something like where to buy alcohol.

Look, I totally understand, it's a family-themed park and they don't want a bunch of drunks hitting on Cinderella. At the same time, if there's any place on earth where you really need a drink it's Disney World. It's hot, your kids are nagging you to buy stuff, you're standing in lines to see Peter Pan, unwashed people are rubbing-up against you, annoying music is blaring around every corner, and people with no apparent disability are running over your feet with their electric scooters.

90%-99% of us can have a couple beers over the course of 8-12 hours of walking in the sun and still act civilized. As usual the small but vocal moron crowd is ruining it for everyone. They're the same reason I can't bring a beer to a public beach, why I can't drink while camping at a state park, why I can't bring a bottle of Night Train to my daughter's dance recital, you get the picture.

If not being able to cope at Disney World without having a drink makes me an alcoholic then fine, I'm an alcoholic.

Drinking at the hotel

I've now stayed at four Disney-owned hotels and visited a few others for these character dinner events; they all seem to operate the same. There's plenty of alcohol to be found but they don't advertise it in big neon letters. The larger gift shops even have hard liquor behind the counter but I can't tell you for how much. I keep my alcoholism limited to beer and wine. Go ahead and assume it's really freaking expensive. Some of the nicer (most expensive) hotels have semi-respectable bars that they try to make look like classy lounges. I can vouch for the Wilderness Lodge and Contemporary lounges. They weren't cheap but had an acceptable selection.

The large food court style dining areas sell individual bottles of beer and wine for outrageous prices. Expect to pay $6-$8 for a single serving, basically airplane or ballpark prices. The sit-down restaurants also serve overpriced domestics which you'll have to pay out of pocket for if you're doing the Disney meal plan. There's also a bar at many of the pools where you can pay $8 for a draft beer. The Yacht Club bar is the only one I really spent any time at. There's not much seating but the bar had a great selection.

Bring your own. Chances are you'll be flying into Orlando. You'll have to check at least one large bag because you just have to bring five outfits for each day you're there. You'll want to leave some extra room in the bag for all the crap you'll buy though. So pack a few bottles of your favorite beverage to fill it up. I'd recommend those mini-bottles of wine that are $5-$6 for a four-pack. Try to get 'em in plastic, they'll be cheaper and definitely won't break when they're tossed around.


Drinking at the Magic Kingdom

Sorry, but you are outta luck here. As far as I can tell there is no place in the Magic Kingdom where you can purchase alcohol. I hear there's one full service restaurant that has beer but I didn't try it. The full service places in Magic Kingdom are a minimum $50 a person so we generally avoid them.

The guards don't check the contents of water bottles so I suppose it's easy to sneak something in. Is it really worth the risk of getting tossed out though? If you answered "yes" then you're a sicker person than I.

Don't schedule back-to-back days at the Magic Kingdom. Not just because of the dryness, but for your own sanity. If you absolutely can't make it through the day then find a way to sneak back to the hotel for lunch. I'm not quite that bad.. yet. If you're staying at remote hotel you can always hop on the monorail and be at one of the attached hotels in ~5 minutes. The lounges there don't care if you're staying there.

Since there are several attractions that appeal to adults more than kids they openly sell beer at many of the snack stands. The downside is it's mostly Bud Light. I know Bud Light has its fans and that's fine and everything but I've never willingly bought it. Every one I've had in my entire life has been in a captive setting, where the choice is Bud Light or nothing. How's that for a slogan - "Bud Light, slightly better than not drinking"? The full-service restaurants all have a better selection.

Have a late lunch at one of the restaurants that serves Blue Moon or other decent drinks. It'll be a nice break in the day and hold you over until you get back to the hotel. I'd recommend the sci-fi themed one. The food wasn't spectacular but it's so very dark and quiet, a really great place to recover for half an hour.

I'll update this after I visit the new Star Wars thing that opened around 2019.

There aren't a lot of options here. There are a few beer stands but they're really buried. Well, that kind of goes without saying because all the restaurants and stuff are disguised as rundown buildings. There's roughly one beer stand in each generic region of the world and you have to keep your eye out for them. I have to assume the Rainforest Cafe there serves but I don't see the point in going someplace you can visit back home too. It's entirely possible I missed 40-50 beer stands because I thought they were something else of course.

Animal Kingdom closes the earliest of any park so just keep it together until nightfall. Plan to hit Downtown Disney or the poolside that evening and kick back there. If you're having a rough day and just can't make it then head over to the back of the park and find a spot in the shade to unwind with a cold beer for a minute.

OK, I've saved the best for last. Epcot is a dream for anyone who likes a little alcoholic variety. They have this villages of the world section or whatever it's called and each "country" there sells local booze. The number of choices you have is incredible. They've got margaritas in Mexico, several wines in France and Italy, trusty Sam Adams in pre-emancipation America, Moosehead in Canada, and so on.

There's also an annual beer & wine festival there in September-ish. That basically doubles the number of options everywhere and, depending on the year, may have a local micro-brewery there. I've gone once so far, it gets pretty crowded at night but isn't bad during the day.

Check the country map before buying anything and plan out which you want to hit. I already knocked a couple down before I saw there was a U.K. section and kicked myself. It's so tempting to get loaded when you hit Mexico but just keep it under control and save something for the other flavors you want to sample. Don't bother stopping at the stands for a Bud Light, the good stuff is the same price.

As great as the selection in the U.K. is, if I ever go again expect to find me passed out in France.

If you try the beer & wine festival consider staying at one of the three hotels within walking distance. 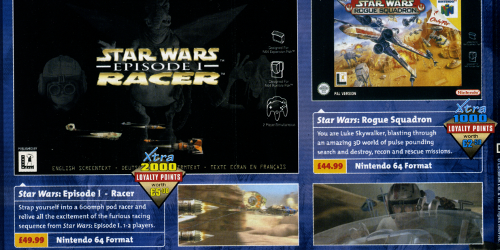