I rarely put posted dates on articles and this will be no exception. If that kind of thing matters to you then I'll note that I'm posting this for the small handful of people that follow my RSS feed and are currently under some form of quarantine. I never date things because I always reserve the right to pull a George Lucas on anything I post. I've arbitrarily updated almost every page here at some point. I pay the big $5.27 average monthly bill for this site and can do whatever I want with it.

Today, doing whatever I want means posting a gallery for Hyper Catalog 5 & 6. I would have split them up but there's not enough to talk about.

The Hyper Catalog series peaked at the fourth installment and the last two pale a bit in comparison. I don't know the history of this series but it's safe to say the general decline of the PC Engine in 1994 didn't help it. Parts 5 & 6 have nice-looking menus and all that but are weak in the content department. There are a couple little gems hidden in them but overall they're a drop-off from the previous entries.

Our hosts from the last two installments are out enjoying some cherry blossoms by the river. I feel like there was some potential for them to have a whole series of adventures. Sadly their journey is close to ending.

This is a semi-educational adventure/simulation game demo. This never received an English release but I don't think it would have been a big hit. It's definitely something I would try though.

I could be mistaken but this appears to be based on the Ushio to Tora comics and is also vaporware. I mean it's vaporware if there was a plan to release this as a standalone game. It could be a small comic just produced for this sampler. The even quirkier Ultrabox series contained dedicated comics so it's plausible. There was another Duo Comic branded CD based on Bakuretsu Hunter that had a commercial release but it doesn't look like this one ever hit the shelves.

I swear they must have passed a law mandating Nectaris be included on all Hyper Catalog CDs.

This had no chance of ever being released in the US for a host of reasons. I wasn't familiar with it prior to seeing it on this sampler. After reading-up a little bit it seems like it was probably a good RPG with some innovative battle mechanics. There's not much to do with it in this sampler outside of looking at pictures.

This is playable but not super-fun - or just not my thing, I know this game is quite popular with many people that aren't me.

This robot brawler is playable too. It was alright, I'd be up for giving the full game a try.

That's it for Hyper Catalog 5, not too thrilling. I don't know what these originally retailed for but maybe in 1994 it was worth the price to get Nectaris and a couple playable demos. Let's see if part 6 does better...

Hyper Catalog 6 is spread across two CDs. I don't know if they were sold separately. The "catalog" part is only on the "A" CD so I assume they were a bundle. Unlike the last 4 Hyper Catalog things I posted I'm not including screenshots of the catalog because it's roughly unchanged.

Hey, instead of regular Nectaris it's a demo for the 1994 Neo Nectaris!

In this demo you create a robot-monster hybrid using DNA samples and if you can navigate the menus do something with them. I think even for someone who can read Japanese fluently this would be confusing. The graphics are impressive at least.

If this looks familiar it's because this demo was also on Hyper Catalog 3.

That's all you're getting on the first CD, let's see what's next..

The second CD has the same menu art, this again makes me think they were bundled together.

It's a baseball management simulator - definitely not something I would play in English either. As always everyone is free to enjoy or not enjoy any video genre they want.

This almost makes buying the CD worth it - a fairly long playable demo of Popful Mail. I guess most people prefer the Sega CD version because it abandons the bump mechanic used in previous editions. I have a weird preference for the PC Engine CD version because of the art and original Ys-style combat. Of course it's good that Falcom moved-on from the bump mechanic in Ys. The first game to switch (Ys III notwithstanding) was Ys V and it is the only game in the series I haven't finished. Not out of difficultly but out of annoyance with the controls. The next sequel got it all right and the series has only improved since then. As for Popful Mail... ok, yeah, the Sega CD is better with new controls, I'm not delusional. It's also still fun to play it in the original style.

This demo takes you through a couple stages including several boss fights. It's a solid half-hour playthrough.

During a dialog the demo ends abruptly with a black screen. If you play a lot of Falcom games then you probably know this will not be the last time Falcom uses this ending.

This is also playable - and in the category of not being my thing. Today this is the kind of game that would get hastily localized onto the Switch and be priced at 19¢. It would go on to sell roughly 200,000 copies to people who will buy any game that's under a quarter. That's not a bad deal considering a single arcade play used to be that much.

This is not a bad RPG. Going up against other 1994-era RPGs it didn't stand much of a chance of making a big splash. I think it's long-overdue for a translation, I think it could generate a small cult fan-base. The difficulty and frequency of random battles is frustrating but could be adjusted along the way.

Now for the important question are these CDs worth it? I'm going to give these a solid "no" unless you're just into collecting PC Engine samplers. Maybe I'm being too harsh, Hyper Catalog 6 (B) has four new playable demos so I would give it a thumbs-up at least. The other two I would pass on.

So that's it for this series. It was a fun little exploration but it's time to move on to some other odd thing. 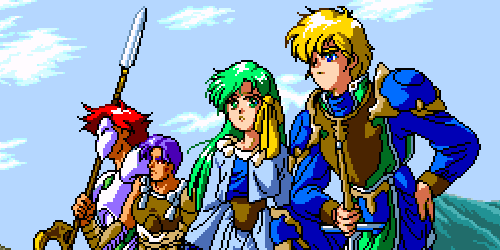 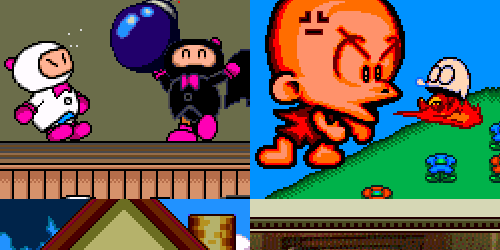 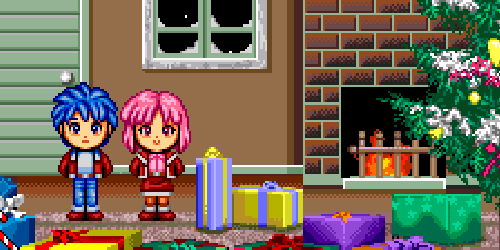