Back in 1992 I worked at an Electronics Boutique that was an outlet location for the company. We sold regular merchandise but also had an outlet section for clearance stuff aggregated from other stores. This thoroughly confused customers who expected every item in the store to be discounted. The job involved a lot of explaining "no I'm sorry this game that literally launched today is not on clearance". Working retail is a great way to lose faith in the collective intelligence of our species.

One day we received several Sony Data Discman Electronic Book Player DD-1EX players that we were supposed to clear out. The original sticker price was $500 but they were marked down to roughly 1% of that. Largely out of curiosity I picked one up along with whatever software we had for it (also at a massive discount). I can't say I've used it for more than an hour. It's a very nice device that serves no practical or entertainment function whatsoever.

Using old catalogs as a reference, these were originally listed in the spring 1992 catalog. Here it is:

These did not appear in the summer 1992 catalog just a couple months later. Since I started working there during the 1992 holiday season the timeline works out. They must have hit the shelves in early 1992, not sold, then been marked down every month until they were rounded-up and shipped to our location.

Disclaimer: I am terrible at taking pictures.

Sony didn't nickel-and-dime consumers on accessories here. The package came with: the reader (duh), AC adapter, rechargeable battery, and another battery pack that holds AAs. Years later they refused to include an AC adapter in the PlayStation Classic.

The reader itself is fairly nice looking. It feels like a miniature laptop. It's a tad on the heavy side but also feels extremely durable. Looking at all the buttons and size of the screen makes me think this had a lot of potential beyond just electronic books. However, it lacks any mechanism to save data. In the early 90s it's not like SD-RAM cards were available. Miniature hard drive? Forget it. It has 90% of what it needs to be a PDA but the technology just wasn't there to get the last 10% in.

There's a QWERTY keyboard because all of the books are searchable. The directional pad is there to navigate through menus. Looking at it again just makes me irritated that I don't have any games for this (of course I doubt any were made). This would make a cool little text adventure player.

The electronic books are mini CDs in a caddy. I guess that means we can rip them (more on this soon).

I picked up every electronic book we had in stock. The player has an output jack than can be connected to anything with an A/V input (well, just the "V" part is needed). These screenshots are from the A/V out.

The splash screen reminding you that this is for private use only. I guess I'm technically violating that, whatever.

Although I don't know the exact date this electronic book reader was produced, the bundled encyclopedia gives some hints. It still lists U.S.S.R. as a country so it had to be authored prior to Christmas day 1991.

Thinking of traveling the world? Well, this handy translator is all you need. Someone once told me that if you ever got lost in a strange foreign country you should claim to be a Swedish citizen. Something about Sweden having an embassy in every country and nobody holding a grudge against them. I couldn't find a translation for "I'm a Swedish citizen please don't turn me over to the secret police" in this guide.

The least useful book (to me at least) is the crossword dictionary. You can search for word endings or a list of complete words but that's it.

The wellness encyclopedia is the perfect gift for a hypochondriac.

Since I won't pay more than $3.99 for a bottle of wine I found this guide relatively useless.

If you rip the CDs you'll find that some of them contain an emulator for the Discman. Here's the wine guide main screen:

It seems like the books are fully functional in this emulator:

The career guide also comes with an emulator. You can use it to look for jobs that didn't exist in 1990 I guess:

Grab these before I receive a takedown notice.. I mean, these were completely obsolete before Wikipedia existed and are even worse after. I doubt that will stop anyone though. One of the reasons I deleted my YouTube videos was takedown notices from Sony over the intro to Dragon's Lair. Some rapper who sold <100 albums, but is apparently signed with Sony, sampled the intro of Dragon's Lair. In Sony's mind that means they own all rights to it. I don't know how you rap over the Dragon's Lair intro and I don't care to learn. EA also sent me a takedown notice over a Dragon's Lair video, a game they neither wrote nor own the rights to. As far as I can tell they at some point were the distributor for an early iOS version of Dragon's Lair that is no longer available. So to make a long story short, I'm sure these will be offline soon. When that happens I'll try moving them to archive.org since they are somehow able to get away with posting anything.

Usual disclaimer that you are downloading isos with executable files from a total rando's site. I am 100% not responsible for any awful thing that happens if you download these and run the files on them. 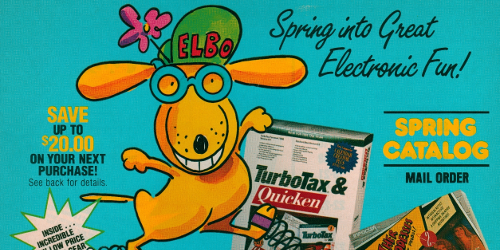 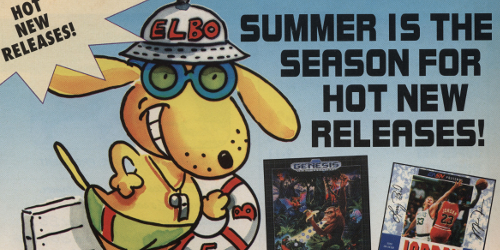